How to tell if dogs are playing or fighting

Dog play can be boisterous – how can you tell if the dogs are playing or actually fighting?

Puppies will start to play with their littermates from around 2 weeks of age. This is crucial for your puppy’s social development -pups will learn bite inhibition and good manners through boiserious play with one another. But as dogs get older – how can you tell if behaviour is play or more serious?

Behaviours which tell you it is play

-Going back for more. This is literally running back to the other dog for more interaction!

-Bottoms in the air, paws on the floor - it’s a play bow. This movement is a clear sign of play.

-Frequent shakes, sneezes - these breakup the play and remind the other dog that the interaction is friendly

-Reciprocal play – both dogs take turns at the chasing or mouthing.

-Dogs make themselves vulnerable by laying on their back and exposing their bellies.

-They allow themselves to be ‘caught!’

Signs that it is not a game

-The dog is trying to get away from the other dog. Tail is tucked– he is running away or hiding. A game of chase will see both dogs being the ’chased’ and ‘the chaser’ – if it isn’t reciprocal – intervene.

-There will be no bouncing around. Movements are quick- not exaggerated. No play bows.

-The dogs’ bodies will be very stiff. Heckles may be raised.

-A low warning growl – with a closed mouth and a curled lip.

-You may also see an intense stare from one of the dogs.

If you feel that your dog isn’t enjoying his interaction, remove him from the situation and speak to a staff member. Dogs should be able to read other dogs body language and react accordingly – not keep trying to pursue a game of play that isn’t wanted.

We may need to find a more suitable playmate in that session (one with a similar play style)  or we may suggest moving to another area of the Bark Park and. playing with one or two dogs, as opposed to the many that are in that session. We may also determine that attending another session (perhaps with bigger dogs) would be beneficial or even not attending a dog park at all.  Rarely, work with a Behaviourist will be suggested. 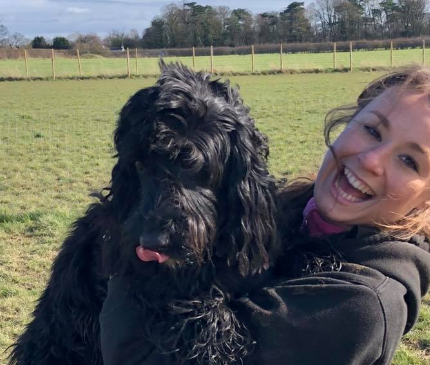